Whether you’re aware of human psychology or not, it’s one of the most powerful forces at work in any marketing campaign. Changes to your content which may initially seem insignificant, like shifting the color of a button from one shade of red to another, can actually have a drastic impact on a person’s perception.  As the SEO rules that govern Internet content change year after year, human psychology remains the same. You can put human nature to work in your own campaigns by learning a few basic things about marketing psychology.

Imagine you’re entering a clothing outlet, and looking to buy a pair of jeans. To your amazement, you stumble upon the vastest collection of denim you’ve ever seen. You see straight cut, boot cut, low rise, mid-rise, skinny jeans, and half a dozen others.  Suddenly you find yourself comparing 13 different prices, and trying to evaluate your numerous options. Thirty minutes have gone by, and you’re no closer to making a decision than when you first walked in the door.


Offering limitless options might seem like you’re providing a convenience, but too many choices actually have negative effects on consumer behavior. If a menu has three options, it’s usually not difficult to form a strong opinion. But when that menu is suddenly filled with 30 things to consider, the result is action paralysis.

In other words, too many choices lead to negative feelings, and that restricts confidence in your choices. Lacking confidence in your choice, maybe you leave the clothing outlet with one pair of jeans instead of three. Anytime you’re offering a variety of options, you can help people act more decisively by keeping their selection to approximately six things. Psychological research has shown that most people can comfortably handle about six options before additional choices begin to be burdensome.

Conmen and swindlers are most effective when they’re accompanied by a shill, someone pretending to be a customer who encourages others to participate in the scam. That’s because people use social signals, provided by those around them, to help determine how trustworthy something is. Nowhere is this truer than on the Internet. Divorced from physical contact with the businesses they’re purchasing from, consumers buying online make judgment calls on this basis constantly.

Make Use of Novelty

Approximately six years ago, PCs and smartphones hit a plateau in processor speed.  In that time, CPUs have only become marginally better with each passing generation. In spite of that, you’ll find no shortage of consumers lining up every year for the latest processor from Intel, or the latest iPhone from Apple.

In large part, the reason why people are still regularly updating these devices is because humans find novelty compelling. People like things that are original, fresh, and at least seemingly new. Automobile manufacturers release a new model annually, not because there’s always new vehicular technology that needs to be pushed to market, but because consumers want new things. Make minor improvements or alterations to your product or service, give it a face-lift, and you’ll find surprising results.

You’ve probably downloaded an eBook or bookmarked a link with the intention of reading it later, but never got around to actually doing it. When you put something off, there’s a good chance it just never gets done. What makes “sales events” work so well isn’t just a drop in prices, it’s that the sale itself represents a limited-time event that drives you to act. And now you know why your local mattress store has been having a blowout sale every day for the past 27 years.

As a content creator, one thing you can do to keep someone’s attention is to frontload your content. Don’t make people dig through six paragraphs to get to your best ideas, jokes, or information. If you’ve posted something that causes someone to say “this is important, but I’ll read it later”, then you’ve critically failed. When you can’t frontload your content, you can try to create a sense of urgency with calls to action.

You’ll also want to know two basic persuasion techniques, the door-in-the-face technique, and the-foot-in-the-door technique. Door-in-the-face is when you initially make an unreasonable demand, and then offer a more reasonable alternative. When a political group calls strangers on the phone and ask for a $300 donation, they don’t expect anyone to give them $300. After they’ve been told no, they expect their next request for $30 will sound far more reasonable by comparison. People are more likely to comply with subsequent requests if they’ve declined at first.

The foot-in-the-door technique involves asking for a small favor, like “please watch this video.” Small favors generate the ground for you to make larger request, like “please give me your email address.” Techniques like this work because people are more likely to comply with your request if you can get them to agree to a smaller request at first.

You don’t need a degree in psychology to be able to use the basic principles of marketing psychology in your own campaigns. The most effective forms of persuasion don’t involve dumping a pile of facts on your audience, there’s an art to achieving compliance. Consider restricting your choices, think about how you can make your existing services more novel, and ask yourself how you’re using social signals to your advantage. And as always, be sure to measure the results, so you’ll know whether or not you’re moving in the right direction. 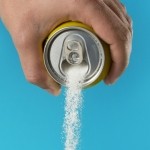 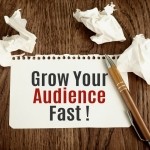