Google’s plans to switch to a mobile-first platform are impending, but what does mobile-first really mean? How does that platform-switch affect rankings and change the game for all types of websites? When will this change be fully implemented?

When Google says mobile-first, what they mean is this: rankings are going to be dependent on accessibility from a mobile device. Instead of assuming that everyone uses a computer to access the web, Google is assuming that the majority of individuals actually predominately utilize their mobile devices, like cellphones and tablets, to access the internet. So, how does that change the way that websites are ranked and indexed in search results?


Since mobile searchers actually comprise the majority of users on Google, the desktop versions of sites are taking a backseat compared to the mobile alternatives. That means, if a website doesn’t have a mobile site, has a mobile site that is of subpar quality, or has a mobile site that doesn’t function optimally, that website needs to reorient its priorities and focus on the mobile version. Even if someone searches via their desktop computer, Google will still base the listings off of the mobile rankings. These rankings will be based on the index Google is currently formulating.

Websites without mobile versions will have their platform evaluated from a mobile perspective, and websites whose mobile versions have less content than their desktop versions are going to find themselves dropping from the top, slowly but surely. Google wants the content to be the same, page by page, on both versions, in order to better serve the public.

Websites with functional mobile versions that are difficult to navigate or have hidden content are in more trouble than websites without mobile versions at all with these changes, though. If a website cannot be navigated with ease and a user cannot access all of the necessary information, then Google is going to take note. Especially when content is hidden by ads, navigation bars, and other such clutter. Using expandable content that helps users navigate the website more easily is strongly encouraged. Things like accordion tabs and collapsible boxes are much more intuitive on mobile sites.

Rankings are likely to change based on the indexing, which is to say that if the website’s desktop and mobile version are comparable and navigable the rankings won’t change at all. The problem therein lies with websites whose ranking is solely focused on their desktop version. Content that is not mobile-friendly has never been popular with Google, and now, rankings will reflect that more than ever. If a website currently has a mobile-friendly boost, that boost will be applied to its ranking once the mobile-first indexing has been fully developed. Additionally, ranking signals will be determined based on mobile views, not desktop ones, which means that the page speed of the mobile site will dictate the placement of the site in search results. 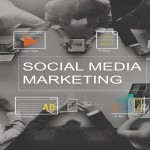 Email Tracking Can Increase Your Sales. Here’s How.