It is a good idea for new businesses to learn marketing lessons by observing the way corporate giants produce and market their products. When it comes to the current Johnson & Johnson investigation, entrepreneurs can learn that it is important to be able to truthfully stand by the products they market. Johnson & Johnson admitted in February of 2013 that it is under federal investigation for hip replacement devices. The devices in question have been recalled.

This is not the first legal challenge and marketing investigation Johnson & Johnson has faced.
The company recalled about 93,000 ASR XL hip replacement devices in 2010. The recall occurred because far more people than expected had to have second hip replacements within five years to replace the original Johnson & Johnson implants. About 12% of the implants failed within five years. The devices were supposed to last ten to twenty years. More than ten thousand lawsuits were filed by those who received hip replacements that failed prematurely. The ASR Hip Resurfacing System artificial joint system was also recalled in 2010.

In 2013, Johnson & Johnson had to recall its “Adept” all-metal hip replacements after a British patient registry found that 12% of patients had to have the implants replaced. An Australian patient registry showed that seven percent of patients had them replaced within three years, though the devices should have lasted at least a decade. All 7,500 Adept hip implants have been recalled.

The Impact of False Marketing

Johnson & Johnson is facing lawsuits by at least fourteen states for its failure to inform regulators or consumers of faulty Motrin. It is coping with tens of thousands of lawsuits for products ranging from surgical meshes to hip replacements. Consumer confidence in the brand has been shaken. With this in mind, new businesses do well to make sure they can stand by the products they produce and market. 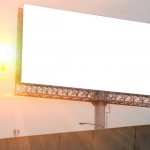 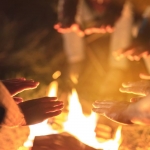