It’s believed that the earliest examples of using a celebrity to market a product occurred way back in the 1700s when some businesses realized it paid to make it known that nobles and members of royalty used their goods.

Through the years, celebrity endorsement has remained popular. Actors, athletes and musical artists have lent their name to many, many product lines. Some have been more successful than others.


The George Foreman Grill is a success that comes to mind. Maybe that’s because it’s believable that a heavier guy knows what he’s talking about when it comes to food. It was easy to believe, back in the ’70s, that astronauts used Tang in space. When he was at the top of his game, you could tune in any weekend and see that Tiger Woods wore Nike apparel when he golfed.

It was, however, less believable that he of the $30 million-a-year income drove the Buicks Woods was hawking. The idea that Rachel Ray, a celebrity chef, uses discount cookware in her daily life isn’t so easy to believe either.

That’s part of why a new sort of celebrity endorsement has made its way into marketing.

Influencer marketing is similar to celebrity marketing in that it involves people (the influencers) well known in certain circles but not a real, universal celebrity. A favorite blogger, for example, could review and recommend a product and have considerable sway with his or her audience.

That sort of recommendation might ring truer with consumers, who now rely on blogs and online customer reviews more than ever, than a big celebrity with no apparent tie to a brand pushing its product. In many ways, these influencers are much more credible endorsers.

The practice has become so prevalent that in 2015, the Federal Trade Commission issued guidance on influencer marketing, aiming to ensure any paid brand endorsement was transparently labeled.

The swing from celebrity endorsers to influencer endorsers can be good news for businesses. Back when astronauts were plugging Tang, there were no such things as “famous YouTubers” or “Instagram celebrities.” Today, nobody has to be a star athlete or Hollywood actor to become a “celebrity,” or at least an influencer.

That means any business owner or marketer who’s willing to be in the spotlight can transform themselves into an influencer. Instead of paying a celebrity endorser, you can become a quasi-celebrity endorser. It’s a lot cheaper and maybe more efficient anyway.

Becoming an influencer who endorses their own product or service might not have quite the same effect as a seemingly objective third party who supports a business. But think of the self-promoters on a platform like Twitter, who have become influencers and (“internet famous”) while pushing just their content. If you could be engaging enough, establish your authority or expertise well enough, and promote frequently enough, couldn’t your internet fame drive many more people to your marketing content?

Just about anybody can become an internet “celebrity,” and that can be a good omen for businesses. That’s because audiences seem more likely to take their lead from influencers than actual celebrities.

If You Are Using Any Of These Six Social Media Tactics, You Should Stop Right Now
How to Write a Title That Gets a Click
Artificial Intelligence Marketing Technologies Optimize Consumer Experience
How To Build A Dynamic Marketing Strategy That Works
Tags: business, celebrity, endorser, influence, Marketing, product 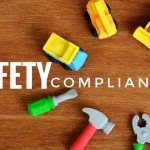 10 Growth Marketing Tips to Improve Your Business and Your Brand 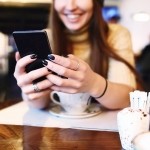