Years ago, there was an airline that provided its first-class passengers with, among other perks, complimentary issues of “Playboy” magazine.

Forget what you might think of the appropriateness of that practice for a moment and consider why the airline stopped doing it. It wasn’t because of political correctness, which today would prevent such a thing from happening. They stopped the practice because they couldn’t keep the magazines on the plane.


How many copies of “Skymall” make their way off of planes today? Well, back then, all the copies of “Playboy” somehow made their way off the plane. It became such a costly endeavor for the airline that they were forced to put a halt to it.

Some marketers might argue that it was a mistake. The reason is simple, and maybe especially so in today’s age of internet content marketing. Content marketers today might argue: “Keep giving them what they want.”

You have what they want

Content marketing leads come to you because of the content you offer. But how many businesses, like that airline, stop giving their audience what originally attracted that audience? There sometimes seems to be a reluctance to give away too much for free, and so what ends up happening is that an online lead who came for the content stops getting what he or she came for.

When that happens, what do you think that person’s going to do? They’re going to at least be tempted to leave, to stop being part of your audience.

If one of today’s online content marketers would have been in charge of that airline’s policy back then, he or she might have argued that the time to stop the practice of giving away magazines isn’t when passengers take that content with them, but, rather, when they stop taking it with them.

They will tell you when they’ve had enough

Since the rise of what’s now called content marketing began, there’s been a debate over “giving away too much” for free. But look at it this way: If a business gets 10 leads and converts two of them to sales, whatever the content investment was is probably covered. The eight other interested leads are a bonus, and they’re interested because of your content. They are potential sales, as long as you keep delivering that content.

So if a business can take the mindset that the free content provided is aimed at those other eight people, maybe it will be easier to square the idea of how much you’re “giving away.”

E-marketers sometimes get carried away with the idea that they’re inundating leads with content. They cut down on the emails promoting that content, maybe even create less of the content, assuming that people have gotten their fill.

But leads who opt into an email list, subscribers and followers, too, all have mechanisms to opt out, They will decide when they’ve had enough and will tell that e-marketer when to stop feeding them the content they showed up for in the first place.

If you’re a content marketer, it might be super-presumptuous to assume that an audience has had their fill of the content they came to you for in the first place. They’ll tell you when they’ve had enough, and if you’re tracking opt-outs, you’ll know.

Until that time, however, it might be advantageous to let them walk off that plane with those “Playboys” firmly tucked under their arms. 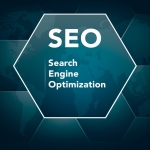 Avoid These SEO Mistakes That Sabotage Your Marketing Strategy 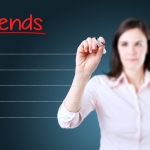