Facebook gives advertisers the unique ability to reach almost a quarter of the world’s population. Facebook is a very effective tool for e-commerce lead generation in particular because of the low cost of leads. Email address leads costs as little as $1 per lead.


Many advertisers have found Facebook ads to be very effective when used as anchors for their product landing pages. In addition, you can post ebooks, coupon codes, white papers, and any offerings from your website. Because of Facebook’s large-scale data-gathering operations, the network enables advertisers to target their marketing campaigns perhaps better than any other advertising platform in the world.

The prices for advertising on Facebook vary wildly depending on the audience but a 2016 study revealed that the average CPC on Facebook costs 0.28 cents while the cost per 1,000 Impressions was $7.19.

Although Facebook’s recent acquisition Instagram doesn’t have as many users as its parent, Instagram is fast becoming the platform of choice for advertisers. The latest figures from Instagram indicate that the platform has over 500 million active monthly users.

But it is audience engagement that sets the platform apart. No doubt, part of the attraction for many Instagram fans is the image and video content on the platform. Marketers can leverage this appeal to promote their offerings. The overwhelming majority Instagrams users are females in their 20s, making Instagram the perfect platform to target that demographic. Like Facebook, Instagram ads can be linked directly to your landing page.

Instagram ads cost slightly less than facebook ads, with advertisers required to fork out about $5 for 1,000 impressions.

Twitter has set itself apart from other social networks because of the constant stream of breaking news on the platform. The network empowers its users to connect with small and mainstream influencers on the platform. Twitter currently has over 330 million active.

Users of Instagram reportedly shop online more times than the users of other social media Networks. Many eCommerce stores use Twitter ads to increase their brand awareness while some try to get conversions. Twitter ads cost as high as $11 per 1,000 impressions and it clicks cost up to $0.30 each.

Just like Instagram, Pinterest is a media-rich platform with a predominantly female audience. 81% of the platform’s users are female, with the network boasting 175 million monthly users. Advertisers on Pinterest stand to benefit from the high engagement levels of its users, the ability to use images, and the fact that many users intentionally use the platform search for items to purchase.

Marketing on Pinterest with the promoted pins seamlessly blended into the Pinterest boards is popular with users because it does not distract the users. The Pinterest search engine is very accurate, and this enables marketers to reach their target audience easily.

Pinterest is one of the most expensive social media platforms for advertising with ads, reportedly costing as much as $40 per thousand impressions.

Of all popular social media platform, LinkedIn has users with the biggest disposable incomes. About 75% of LinkedIn users earn $50,000 and above per year. LinkedIn advertising tends to favor B2B advertisers as supposed to B2C.

The network is especially favorable for recruiters, educational businesses, and businesses that offer services.  The cost of advertising on LinkedIn is similar to the average at the other networks. LinkedIn advertising can take the form of sponsored content, sponsored Inmail, and text ads.

Social media networks are the advertising platforms of the future. The networks enable marketers to broadcast customized messages to highly targeted audiences using minimal resources. Facebook and Instagram lead the pack because of their robust audience targeting features and the high number of users. Business-to-business clients and advertisers of services might find benefits in using Twitter and Linkedin. 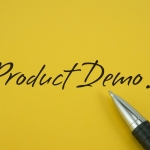 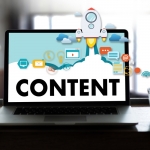 How Plagiarism Can Negatively Impact Your Google Rankings