Twitter is a great way to connect with your target audience in short 140-character snippets. Twitter is a fast-paced social network and can be somewhat intimidating to a beginner. There are a lot of sites that connect you with other Twitter users that are also looking for followers, but these sites do not connect you with your target audience. You’re simply connected to people that want more followers. In fact, many of the followers that you receive from those sites will just unfollow you in a few days. So what is the point of joining those sites? Getting followers naturally is the best way to gain a following because those users will stick around and listen to what you have to say. Here are four great tips on how to get more followers the natural way.

There are a lot of statistics and infographs about when the perfect time is to post on Twitter, and the consensus is that the optimal times to post are on the weekdays during 9 am till 3 pm. It is important to remember that these are only recommendations and if you find that posting during different times works for you, then by all means post at those times. It is also important to mention that Twitter users post frequently because information moves quickly through the news feed, so to stay on your followers’ feeds you must post a few times throughout the day. Try not to post too often because this will appear spammy to some people, but make sure that you are engaging your audience properly.

Hashtags are words or phrases with the pound sign in front such as #followback. Hashtags organize your tweets, expand your reach, and help you reach your target audience. Users can browse for a specific hashtag, find your tweet, and if they like it, they’ll share it. Also, if users like your content, you could get new followers. Try searching for the most popular hashtags in your niche to see which ones you should be using.

Posting awesome content seems pretty simple, right? Post things that are unique to grab the attention of your current followers. Some of your followers will like your content so much that they’ll share it with their followers and you’ll be able to reach even more people. Try experimenting with different types of content to see what works best for you.

Engage with Other Users

Engaging with other users is probably the most important step to getting more followers on Twitter. Follow other users, retweet their tweets, and just talk to other people. Reach out to people with large followings and make a connection, but don’t be spammy about it. Instead of asking what your target Twitter star can do for you, ask them what you can do for them. Eventually they will return the favor without you having to beg and plead with them.

There is a lot of simple but effective information above. Hopefully, you will be able to use some of these tips to grow an effective and loyal following on your Twitter account.

7 Deadly Sins of Social Media Marketing
What In The World Is ROAS And Why Should It Matter To You?
Writing Content That Aligns With Your Audience
Instagram Marketing: Essential Visual Marketing Tips for Brand Success
Tags: content, followers, hashtag, twitter, users, websites 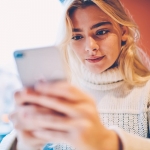 How to Build an Army of Retweeters to Boost Twitter Engagement 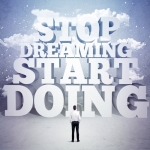 How to Craft a Compelling Sales Letter That Grabs Their Attention