One of the ways businesses misuse Twitter is with their re-tweets — sharing information with their followers that someone else has posted. It’s great to share content, but not a day goes by that some business doesn’t self-sabotage their marketing efforts by misusing that little re-tweet button.


Here are the big mistakes companies make when re-tweeting:

They share shaky sources — In this era of “fake news,” social media channels are populated with information from unreliable sources. Try to verify what you re-tweet, or at least consider the source. If you want to share an article from the New York Times or Wall Street Journal, that’s one thing. That article from FreedomUSANews.net? That’s another. And making the wrong choice reflects poorly on your business.

They get too personal — Sure, there are plenty of things on Twitter that you agree with and are tempted to share because they align with your personal beliefs. But on your business account, you can do better by not alienating a segment of your followers who have dollars to spend. It’s OK if you’re against, say, breastfeeding in public, but unless you’re selling baby bottles, re-tweeting that anti-breastfeeding stance does not serve your business interests in any way.

They try to shame complainers — No business is going to make everybody happy all the time. You’re going to get complaints, and when someone complains via social media, it’s best to take that punch. Give a positive response if you can, and move on. Re-tweeting a complaint to expose someone who (in your mind) has wronged you, comes across as petty or vindictive. People tend not to want to do businesses with petty and vindictive folks.

They fail to see sarcasm — When someone tweets at your business account “Hey, thanks for the prompt service. Real helpful. Money well-spent,” it’s worth investigating whether it’s genuine praise or sarcasm. It’s not a good look when you re-tweet a sarcasm-laden gripe with a “Thanks!”

They come across as tone-deaf or oblivious — Businesses cannot afford to become so insular or self-involved as to ignore what’s happening in the rest of the world. If there’s a major hurricane displacing people in your area, for example, you have to empathize. When people’s lives are in complete upheaval, and in between the horrors and pleas for help on their timeline they see your re-tweet of the latest local team’s game or Emmy’s snub, you’re not gaining any traction.

Twitter is a fantastic tool for businesses because it provides a widely used, real-time platform with which to interact with the public. What not everyone who uses Twitter for marketing seems to realize, however, is just how fragile the business Twitter ecosystem can be.

Acquiring new prospects, clients, or customers is expensive. You already acquired your Twitter following; your mission has been successful. Each of them has a value for your business. So why would you alienate any of them, whose trust you’ve already earned, by haphazardly pushing that re-tweet button? 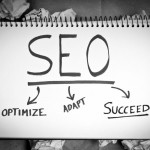 Google Fred: What You Need to Know 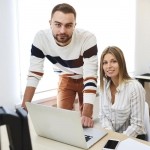 How to Get the Most Out of Social Media Marketing