Instagram is a widely popular social media platform, and for any serious social media marketer, it’s too big to overlook. How about a business owner who is striving for brand recognition? Well, if you know the secrets to Instagram, it is possible to trend and be featured in the top posts. Since those don’t vary with location, this can mean major exposure for your brand. The top post is the same in Brooklyn as it is in Italy, so millions of eyes can see it. That is why it is too big to overlook. The exposure potential is massive. However, it typically doesn’t happen by chance. There is a science behind it and you are about to find out the secrets that hold the key.

Like any other internet giant, Instagram uses algorithms to determine what content is featured in top posts and what content you see. Algorithms are like “if, then” programs. The main determining factor in getting a post featured is not only the amount of engagement it receives but how fast that engagement is received. If you look at the featured posts on Instagram, most of them have at least 3,000 Likes and 40 or more comments. This is high-level engagement but since the algorithm also considers the growth rate, it gives smaller accounts a fair shot at creating a featured post. A post which gains 600 Likes in a couple of hours is more likely to be featured than one who takes twenty-four hours to gain a few thousand. So, the first secret is to keep engagement high and try to achieve a fast growth rate.

The next step is to pick the right hashtag. It is much more beneficial to choose a smaller, highly-targeted hashtag than a massive hashtag. If you have less than 10,000 followers, you most likely can’t compete for the massive hashtags. So, what is the answer? Combine hashtags. Keep in mind that the hashtags you use need to be targeted and relevant to your awesome content, but combination is key. Combine a smaller, more targeted hashtag with a larger one in your niche. Shoot for combinations of three to five hashtags for maximum exposure.

Studying the activity of your audience is perhaps the most important step to getting your post featured. You can’t generate a ton of engagement in a short period of time if you don’t know when your audience is going to be most active. Before you step out there and attempt to get a post featured, study your audience and determine when they are most active. You may even need to do a few test posts to measure engagement levels. As your post generates engagement, it will be bumped up the feed and more people will see it, which in turn generates more engagement. It is a cycle, but it is absolutely critical that you choose your time wisely when attempting to get a post featured.

Since engagement is so important, it is a good idea to put a call-to-action in your caption. You can ask your followers to Like your post, leave a comment or ask them a question. You need to tell your audience what you want them to do. If you are shooting for engagement, them tell them how you want them to engage. It seems obvious, but you’d be surprised how many times this one is overlooked.

If you want to get your post featured on Instagram’s top posts, you must follow these four rules. As your post climbs up the feed, you’ll be glad you did, and you’ll gain massive amounts of exposure. Instagram is a great way to capture new traffic. Getting to the top will make it easier than ever before to draw in new visitors to your business. 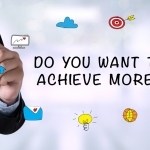 How to Double Your Facebook Followers in One Week 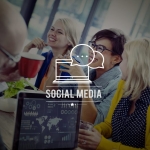