There are many people who say negative SEO isn’t real but that’s the equivalent of saying that identity theft isn’t real. Of course, it happens, and a lot more frequently than people like to admit. Think about it. If manipulating certain variables on your website or within your content can result in a ranking penalization, then couldn’t manipulating certain variables on someone else’s website have the same result? Sure, it can. It happens most often in industries which are highly competitive. This is when a party crasher comes in and utilizes unethical techniques to sabotage a competitor’s rankings or their site altogether. If you operate in a highly competitive industry, you need to be aware of these tactics. If not, your site could fall victim before you even know it.

This is one of the cheapest and easiest ways for someone to tamper with your site. They build or send a large amount of low-quality links to your site. Or better yet, they use links from bad networks with exact match anchors. This makes it look like you’ve created a very poor link building campaign with unnatural qualities. It won’t take long for your site to suffer the ramifications. It could be as little as a few days or as much as a couple of weeks before your rankings begin to drop dramatically. With this type of negative campaign, it is best to catch it early before massive damage is done. You must monitor proactively for this type of activity. There are also backlink checkers available on the internet which you can employ as part of your strategy.

This strategy takes advantage of Google’s Panda update by taking your original content and reposting it as their own. Sometimes these malicious people just want to steal content instead of creating it and other times they are hoping that your site will be the one penalized for duplicate content. If your pages haven’t been previously crawled, it can be hard for the search engines to decipher the original from the imposter. When content is stolen repeatedly, it can be difficult to bounce back. Of course, the first step is to reach out to the webmaster because they may not be purposely posting stolen content. However, if you believe your site is the victim of content scrapping and the webmaster refuses to acknowledge you as the original publisher, then reach out to Google. They have something called Google’s Online Copyright Infringement form which you can use to report your scraped content. This will also acknowledge you as the true original publisher, so your site isn’t penalized for duplicate content.

Fabricated negative reviews flood the internet regularly. They may end up on your site or other review sites like Yelp or Angie’s List. When black haters use this tactic, they tend to leave several bad reviews within just a couple of days or hours of each other. They usually only give one star and use words like hate or bad. Sometimes it will be just a one or two-word review. This not only hurts your site, but it can damage your business’s credibility, too. It can also wreak havoc on your local SEO. It is important to monitor your reviews regularly and respond appropriately to legitimate negative reviews. However, these types of black hat reviews can be flagged so people know they are fake. Most review sites allow businesses to flag fake reviews and you can remove them from your own site.

Monitoring is key to not falling prey to negative SEO attacks. Don’t trick yourself into thinking they aren’t real because they can hurt you. Audit your site regularly, check for duplicate content as well as fake reviews and monitor the links to and from your site. It does take some work, but it is worth it not to have your hard work stolen.

Should I Move My Website to HTTPS? Does It Really Affect SEO Rankings?
These SEO Mistakes Will Kill Your Marketing Strategy - Stop Them Now
5 Steps To Building Valuable Backlinks With Guest Posts
Startup SEO: Powerful Strategies To Skyrocket Your Organic Traffic While On A Budget
Tags: #google, business, content, impact, negative, scraping, SEO, spam 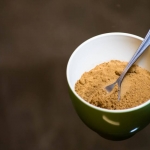