Social media marketing has become a big deal for most people, both from a personal and professional point of view. Twitter is a platform that is relatively easy to use and a great place to influence and communicate with others. However, being able to influence has a lot to do with having a large following. This article aims to provide some simple tips that anyone can use to increase or grow a strong following.

Twitter may have controls in place to prevent users from aggressively following others to create a strong following. However, it can still be done if you are careful not to overdo it and stick to the accounts that are most relevant to you. Various apps can also aid this that will create a steady stream of new followers while also staying well within the rules and best practices.


2. Be an active tweeter, engage in trends and use hashtags

Your activity on the platform plays a big part on things. Generally speaking, it’s hard to create a large following if you are inactive unless you’re a celebrity or have bought followers in some way. Tweeting is truly the answer, and other users will start to follow you if what you are saying also resonates with them. Using hashtags or keywords in your tweets is a powerful technique to involve new people in your online conversations.

Also, when things trend it’s an innovative idea to get involved as well, but don’t overdo it or you will fall foul of Twitter’s rules on trending topics. Furthermore, it’s important to consider what kind of reputation you want to set up. It’s easier to create a significant following if you can establish yourself as an expert in a particular field rather than being a more general tweeter.

3. Don’t be purely based on your own tweets

A lot of people use Twitter exclusively from the point of view of their own tweets. Therefore, they focus purely on regular updates and assume this will be enough to gain followers. Of course, this can work for some people, but others will need to work a bit harder to gain followers. One useful technique is to engage in the tweets of others.

Sometimes this can be as simple as liking someone’s tweets or replying to something they have written. Conversations on Twitter typically include several users, so that’s an opportunity to quickly increase your following by being part of it. Twitter chats are another opportunity to connect with new people and to grow your audience.

Twitter is a platform that a lot of people appreciate they need to be involved with. However, not everyone is so clued up on the best ways to grow their audience. The tips in this article can apply to accounts of any size but will be most useful to those starting their Twitter journey. Remember the key is to be an active follower, an active tweeter and engage with the community. 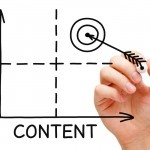 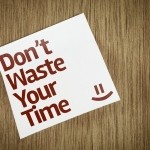 The Five Key Elements of an Actionable Blog Post