Facebook is one of the biggest social media platforms in the world today. Unfortunately, just because a person uses it a lot doesn’t mean that they know how to use it well or even properly. Fortunately, most mistakes can be fixed as long as you realize the mistake has been made. However, there are three mistakes you can’t just bounce back from and thus must know about and avoid.

One of the biggest mistakes anyone can make on Facebook is simply not engaging with their audience. Sticking to periodic updates isn’t enough. It’s also an incredible waste of Facebook’s potential. The most success you’ll ever get from Facebook revolves around interacting with your audience.


Figure out what they want, and give it to them. Look at what gets the biggest response and focus on it. If you can’t figure them out, well, just ask them. Start a conversation. Considering a new product? Ask them. Thinking of a new name? Ask them. They’re an endless wellspring of ideas, and being asked will make them feel important, which will emotionally invest them in your company and Facebook page.

Offering Too Much Information

There’s a lot to be said about looking like a real person on social media. For one thing, it allows people to humanize and relate to what would otherwise be a faceless entity. Sharing big family moments is a good idea. Sharing your ideas on euthanasia? Not so much.

Some controversy is good, but you don’t want your personal opinions to color how your audience will view your product. You want good feelings associated with your product, not disagreement. More to the point, most of these personal views and information probably won’t have anything to do with your product.

A good rule of thumb to follow is if it’s generally frowned upon in polite dinner conversation, you should probably not bring it up on Facebook. Politics, sex, health, and money are only a few of the things you shouldn’t touch with a ten-foot pole – unless of course, it is business related.

Starting or Engaging in a Fight

Having a stand is okay. It makes your profile and company memorable. However, you might end up taking it too far and then you’re in a fight. Remember that whatever you put on your page, whether it’s an opinion or personal information, is visible to anyone who looks. If you don’t know whether or not you should post something, think about seeing this on the front page of a news website or a newspaper.

That means that you should keep your rants and complaints off the business page. Any opinions posted there, even if they somehow aren’t representative of the company, will be treated as such. If you have to wonder if it should be there, it probably shouldn’t.

Facebook is a powerful social media tool, but you will want to be very careful with it. The wrong word at the wrong time can easily turn into the worst-case scenario. Fortunately forewarned is forearmed. Now that you know what you shouldn’t do, you can avoid it whenever possible.

What Are the Top Review Sites Local Businesses Should Be Targeting?
Twitter: Things to Keep in Mind Before Tweeting
How to Grow Your Business with Email Marketing
Four Easy Ways to Upgrade Your Twitter Posting
Tags: company, facebook, mistakes, rules, socialmedia, tips 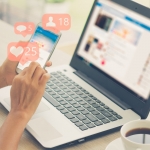 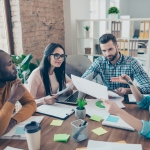 Strategies to Improve Idea-Generation at Your Business