Snapchat’s ephemeral content platform, which includes stories that disappear after 24 hours, pictures and videos that go after a few seconds, and pictures and videos that disappear after you click on them, has changed the face of social media. At first, it was unclear how traditional marketers would take advantage of this new platform and its 100 million active users. With such a short amount of time in which to advertise, it doesn’t seem attractive to spend time and money on an advertising campaign. However, with Snapchat’s Discover feature, which includes daily content from media sources, advertising has become more natural, and companies have invested resources and hired employees in making use of this feature. Using Snapchat also fosters loyalty and engagement between brands and customers.

Because Snapchat is a mobile-only application, it depends on location. Snapchat’s geofilters, for example, give different filters depending on unique sites and cities. You can pay for geofilters that advertise specific events, university campuses, parks, concerts, and more. When people take pictures using Snapchat, they can use the geofilters associated with their location to share their activities with their friends, giving the brand or event-free advertising. It depends on the moment, and consumer brands should take advantage of this form of advertising.


Younger millennials and Gen Z depend on their smartphones to search for things to do, such as restaurants, stores, or services. They search for reviews of services and movies on their phones as well. Snapchat can advertise promotions and offers according to the user’s location and may do so shortly. For example, a restaurant in the vicinity could promote a free appetizer in the next 30 minutes for users who have a Snapcode associated with their Snapchat account. That would encourage customers to impulse buy based on the deal and the proximity of the restaurant. The ephemerality of the promo would coax customers to take part because people like exclusivity in offers.

Snapchat’s ability to take advantage of impermanent messaging and communication has taken advantage of a niche market. Because of this, their growth has out-paced other social media companies when they were in similar stages of development. Snapchat has been able to create effective ways to advertise to and interact with customers in a short amount of time and has become more lucrative than other, older platforms. For example, the Discover feature has created a large number of impressions and interactions over the course of its existence, which compare favorably to those on the leading websites of brands that make use of the feature.

Considering all these benefits, using Snapchat to advertise and interact with your customers by taking advantage of Geofilters and ephemeral content makes a lot of sense. After all, ephemeral content creates a higher level of engagement because of its impermanence and aura of exclusivity. Customers will have an understanding of personal interaction with your brand based on the content and promos you offer. It behooves you to make use of this great feature soon. 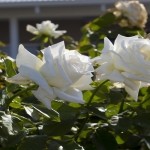 What is Keyword Clustering and Does It Work (Hint: It Works Amazing) 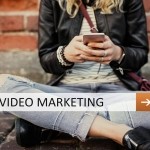