Facebook and Twitter may still dominate the social networking scene, but for how long? An exodus is quietly underway from these popular social media networks to Snapchat, and the movement is being headed by teens. For the uninitiated, Snapchat is a social networking platform to share photographs and videos, which automatically get deleted within seconds. The latter feature distinguishes this social networking platform from all others of its ilk. It is easy to communicate via Snapchat, and the platform has not yet caught on with the older generation (read: parents). So it is not surprising that Snapchat users are mostly teens. Below are three great ways to exploit the novelty of the medium to interact with this group of your target audience.

1. Provide Sneak Peeks of Your Offerings

Excite your audience and get talked about by offering sneak peeks of a new product or an outlet that you may have launched recently. Snapchat lets you build an aura of mystery around yourself and your offerings, and this mystic appeal will compel your teenaged audience to check you out. So you can create a buzz around your brand even without getting up on billboards or be seen all over social media.

This is one of the most effective ways to engage the millennial generation that has grown up on a diet of computer games. You can send your followers snapshots of products from your store, and ask them to name these in sequence. Another nifty competition idea is to send clues of places or objects related to your offerings to your followers. They will then have to locate these places or objects in their neighborhood and send the images to you. You may ask your followers to post their answers on Twitter or Facebook to create a buzz on these platforms as well.

You can send coupons with promo codes that your followers can use to avail discounts when buying from your store. This idea was successfully implemented by 16 Handles, a U.S. yogurt store. During the 16 Handles campaign, anyone who sent a snap of his purchase to the yogurt manufacturer’s Snapchat account received a discount coupon. According to Snapchat CEO Evan Spiegel, there are more than eight million users on this platform, and about 400 million photographs are shared here every day. These numbers are growing by the day, and you simply cannot afford to ignore Snapchat anymore. So provide sneak peeks of your products, organize competitions and give away prizes, or send discount coupons to engage with your teen audience on Snapchat. 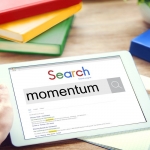