With a little fine-tuning, it’s possible to take whatever content you publish on Twitter and considerably improve how well it performs. Minor alterations are often all that’s necessary to squeeze another 10 or 20 percent engagement out of your content. In other words, these tweaks will help you to get more out of the audience you already have.

Twitter recently expanded its character limit, which is a blessing and a curse. It’s a blessing because you’ve got a greater set of abilities for content creation. It’s a curse because longer tweets are generally to be avoided, and handing over the ability to write extra-long tweets will tempt many brands to let their content run longer.


When the 140-character limit was the law of the land, studies found that tweets using closer to 100 characters received about one fifth more engagement than longer posts. It’s not a bad idea to test how your longer tweets perform relative to your audience specifically, but you’ll almost certainly find that longer tweets can be functional, but should be a rarity. Brevity is the soul of wit and has always been for Twitter.

If you can’t say it in 100 words, consider using a visual aid. Pictures and videos are visual sugar, helping audiences to digest information. And tweets carrying some form of media receive almost three times as much engagement as simple text. Even if you’re just retweeting a cat meme, that image is a breath of fresh air that can alleviate a text-laden social media page.

Find a Rhythm to Your Posting

Providing a steady stream of fresh new content through your social media pages gives new visitors a sense that your page is alive. It keeps your existing fans engaged, and it grows the relationships you’re trying to cultivate with people. But a steady stream of content can easily turn into a devastating waterfall of spam, washing away many of your followers who are still on the fence about your page.

When you post too many tweets, you’ll see engagement thin out with each additional post. Just how often is too often to tweet? Although precise estimates vary from expert to expert, it’s safe to say three posts per hour won’t make anyone uncomfortable.

The same applies to retweeting content you’ve already posted about earlier in the day. It’s okay to promote something repeatedly, in fact it’s the only way you’ll be able to get more than a tiny fraction of your audience to see what you post. But be sure to spread out those retweets by at least two hours, so you won’t be hitting the same audience again and again.

Your Twitter account may be online 24 hours a day, but your audience is not. Content posted during ordinary hours, 9 a.m, to 6 p.m., gets as much as one third more engagement than content posted after that. While sticking to normal working hours will work for most local small businesses, if you’re working internationally you’ll want to use Twitter’s analytics page to determine when your specific audience uses the site.

And just because you don’t work on Saturday doesn’t mean your Twitter account is taking a break. Engagement on social media increases by about 15% during the weekend, as people spend more time on sites like Twitter. If you don’t want to work on Saturday, you can use a number of automated tools like Hootsuite to publish tweets on your behalf.

Every tweet you publish is capable of a certain amount of performance. If you’re writing lengthy tweets and posting them at the wrong time, they’re only going to get a fraction of the attention that’s possible. You don’t have to heavily invest yourself into each and every tweet, but applying the best practices outlined above will help ensure you’re getting the low-hanging fruit of social media engagement.

Pinterest: Four Types of Content to Share on The Platform
4 Ways To Triple Your Instagram Followers In No Time
Social Media Marketing: 5 Ways to Get the Results Your Business Needs
How To Incorporate Influencer Outreach And Expand Your Business Reach
Tags: Marketing, social media, twitter 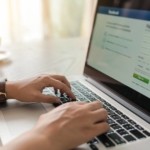 Top Tips for Marketing Your Vancouver Business on Social Media