A whopping 91% of people check their email at least once per day. With numbers like that, having a gargantuan email list has never been more impactful for the success of a website. The tricky part is convincing that 91% of people to open the emails in the first place–a money-making opportunity allowing a site to generate more traffic that’s not nearly as impossible as it seems. People prefer to see their advertisements in email form, and the statistics support that analysis. Email outperforms display, radio, social media, and event marketing combined. So, no matter how old email might seem in the world of Facebook, Instagram, and Twitter, it is more relevant now than ever before.

Increasing The Length Of Your Email Lists

There are tons of tried-and-true ways to get more people interested in a site, but the best way to do so is through email. Of course, people can’t receive emails from a website they haven’t subscribed to yet. So how do you go about getting more email traffic? One way is by encouraging current email subscribers to forward their mail to friends and family, but a lot of platforms don’t permit forwarding content like that. Another method involves strategically placing opt-in forms around the website like guard towers at a prison. It’s no secret that the more chances you give someone to do something, the more likely it is that they will eventually get around to doing it. Of course, there has to be a better way. Something more efficient. And of course, there is.


The Impact Of Social Media On Email Lists

Social media is a whole new ballgame when it comes to the multitude of ways that someone could potentially increase the number of subscribers they have on their email list. From hosting contests to interactive dialogue, every aspect of social media is promising. People love participating in activities on social media because it gives them a voice, a chance to be heard, an opportunity to prove something about themselves to the world. And the world, for its part, loves to watch. In this way, something like a competition or a contest can inspire a long list of interested parties. The contest will allow a site to be exposed to more and more people, thereby enabling it to reach more of its target demographic.

It’s not enough just to decide to get more involved in social media. A site has to pick the right platform for engaging with its target demographic, especially when it comes to hosting activities that require community involvement. It’s not much of a competition if nobody participates, right? Platform selection gives a site the opportunity to evaluate what they would like to gain as well as what they need to succeed. A platform such as Facebook might be ideal for holding contests, but Twitter is debatably better for dialogue-based interactions. It all depends on what, precisely, a site is looking for out of their social media involvement.

Play It Cool, Not Overeager

With dating and email lists, it’s essential to generate a sense of intrigue. Make them come to you. When hosting activities on social media, the goal is to get more visitors who subsequently subscribe to the email list, but immediately bombarding them with requests to opt-in will get you shut down faster than you can imagine. You want the visitor to think, “Huh, oh, that’s interesting. Wow, that’s neat. Oh, I like that,” and then, as they’re perusing, you want to hit them with it, so that they go, “What? Oh, yes, I would like to subscribe to see more content and get discounts.”

Capturing the Instagram Aesthetic with Your Brand
Profits that Glitter: How to Sell Your Gold
The Quick-Start Guide to Using Instagram Hashtags
4 Benefits of a PR Degree to a Marketing Team
Tags: business, conversion, emails, lists, socialmedia, subscribers, website 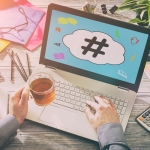 How to Put Your Posts into the Trending Section of Instagram 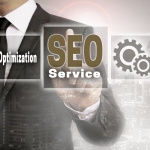