Social media has become very important for many people. Twitter is one of the best platforms for getting your opinions out there, and it’s also an excellent platform to become an expert or influencer. However, it’s also true that people can often get into trouble based on what they tweet. This article outlines some of the things you should consider before tweeting.

1. Think about if you would make the same comment in public

What people often forget about Twitter is it’s a public communication platform. It’s easy to fall into the trap of thinking you are just having a private conversation with a friend, but your tweets are always capable of reaching a much wider audience. Even if you take the precaution of using a protected Twitter account, there is still the possibility of having your comments captured in a screenshot by one of your followers and then shared.


It’s best to assume that anything you say could potentially be seen by anyone in the world. Therefore, it’s worth asking yourself if you would be prepared to make those same comments in a public situation in the real world. If that’s not the case, it’s probably a good idea not to tweet it.

As mentioned, a big part of Twitter is a matter of creating influence and expertise. It’s easier to become an expert by tweeting exclusively in certain areas. Therefore, consider if your tweet will add to this expertise or not. There is no doubt that your influence may well be diluted if you start sending out random tweets when previously you had been known for intelligent commentary.

3. Could it be considered offensive or is it critical?

It’s hard to say specifically what you should tweet. After all, circumstances will dictate things, and it’s also a matter of how your comments will be received by your followers. However, it has become surprisingly easy for people to take offence online and you don’t want to regularly go into that territory. Therefore, it’s better not to tweet something that you think might be considered offensive to someone.

There may be certain situations when it’s acceptable to be critical, and part of social media is speaking out about various things. However, you also must consider how it affects your reputation. Getting in arguments with people, going off on rants and complaining about things doesn’t reflect well on you. It’s important that people look at your Twitter presence as influential but also positive and uplifting.

As mentioned, Twitter is a great platform for getting your thoughts out to a wide audience. There are clearly significant benefits to being an active tweeter. However, it’s important to leave your followers with the best impression of your account. Remember to consider if your comments should be public and will it enhance your influence in a positive way? The last thing you want is to gain a reputation for being offensive, negative or critical.

5 Ways to Juice Your Marketing Campaign with Psychology
Create Your Website to Give Visitors an Online Experience
How To Build A Dynamic Marketing Strategy That Works
6 Important Metrics To Optimize Your Online Sales Conversions
Tags: business, critical, influence, reputation, socialmedia, twitter 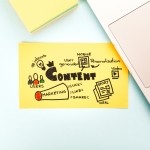 Visual Strategies to Help Attract the Attention of Customers 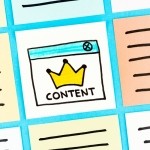