There are marketing tactics that allow you to use the game to draw customers to your business. Pokémon Go has more than 21 million active daily players, and is the most popular mobile game in US history, according to Forbes. The only way to play the game is to get out of the house and visit various city locations. You, as a business owner, can benefit from this traffic.

First, you must understand the basics of the game.


Pokémon Go encourages players to go out and search for monsters called “Pokémon.” The goal is to catch as many of the monsters as possible. A GPS enabled device is needed to track movement so players can see a map of the area and nearby monsters.

You have to download and install the Pokémon Go app to use the following marketing methods.

1. Lure Pokémon to Your Business Vicinity

Buy a “lure” to attract Pokémon to your area. A lure increases the amount of Pokémon near a Pokéstop for 30 minutes. An increase in monsters means an increase in players trying to catch them. Nearby Pokéstops are visible on the in-game map, so you will need to use the app to see if one of these stops is nearby. If it is, then you’re in luck.

Do yourself and players a favor by announcing when and where your lure is occurring. Place a sign outside your business or use social media, such as Twitter. You’ll need to purchase a lure within the game using real money. You’ll also have to visit a Pokéstop to activate the lure.

2. Use Pokéstops without a Lure

Even if you’re not interested in buying a lure, it’s possible to benefit from Pokéstops. Locate nearby Pokéstops and create a special offer for Pokémon Go players.

3. Take Advantage of a Pokémon Gym

A Pokémon gym is where players go to train and strengthen their monsters. They can also put their monsters into battle with nearby players. These virtual gyms appear as large towers on the Pokémon Go map. Although they aren’t physical gyms, players must physically visit the locations.

Is your business near a gym? Open the Pokémon Go app and look for a tower with a Pokémon on or near the top. Gyms are the largest buildings on the in-game map. If you’re near a gym, then you can use creative marketing to bring business to you.

For example, a bakery can make Pokémon cookies and sell them at a discount to Pokémon Go players. Once the players are inside, they’re likely to buy more than just a single cookie.

Use social media to get the word out, post flyers near the gym or put a sandwich board in front of your business.

Get in on the Pokémon Action

You might think Pokémon Go is a fad. But keep in mind it’s currently a good way to attract customers. Capitalize on the game’s popularity while you can. There is a long-term advantage. When interest in Pokémon Go wanes, you could still have former players who have become repeat customers. 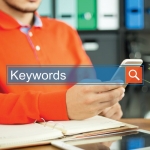 YouTube SEO: A Description That Does The Work For You