Rumors are flying around social media and the Internet about the next update that will be coming out by Niantic Labs with the next generation of Pokémon characters.  This release just in time for Christmas is expected to mirror the highly popular Halloween and Thanksgiving events that offered special treats for users, such as increased Stardust, experience points, and spawning more spooky creatures to haunt the streets for trick or treat. When Pokémon Go was first released, it was the hottest game with people walking everywhere trying to catch them all and memes about tired dogs being sick of seeing their leashes, but it’s started to cool a bit.  It’s still highly popular, but there has been about a 30 percent decline in user engagement since its highest point.  You may be wondering why it would be worth it for your small business to try to use Pokémon Go to market with this decline, but it’s all about the numbers.

Pokémon Go was released on July 6th, 2016, and as of December 2016, it’s still technically in Beta testing as the current version is 0.49.1.  As of September 15th, there have been an estimated 500 million downloads, and estimates show that as of July there were about 20 million users playing the game.  There’s about 10.81 percent of Android Users that have Pokémon Go downloaded with about 5.92 percent using it daily.  Considering that it’s estimated that there are about 107.7 million Android devices being used in 2016, and that’s a nice large number.  Don’t forget that there are plenty of people playing on iPhones.   That’s a pretty powerful base for marketing, and although estimates say that there are fewer people playing, new releases may start to bring people back that got sick of not seeing any new Pokémon show up or wished for a better tracking system (that has been added).


How Can You Use Pokémon Go for Marketing Your Business

There are a number of ways that you can use Pokémon Go for your business’ marketing efforts that won’t break the bank.  Utilize your already built customer base, and send out messages about how Pokémon Go players can show their screen to score a special coupon or a free item.  You can post it on social media or mention it in your email newsletter.  Post a sign on your window inviting Pokémon Go users using this special deal you’ve offered or encourage them to come in to purchase a drink to stay hydrated.  Think about what about your business could appeal to the people that are playing the game.  One local shop put crochet Pokémon Go figures in the window to draw attention to their window displays.  Don’t be afraid to think outside of the box.

You may want to do a little research on your location as not all areas are created equally with the number of Pokémon nests (the places where the creatures can spawn for users to catch), PokéStops (where users fill up on items needed for catching them all), and Gyms (where players battle their creatures).  You may find that you’re in a dead zone that’s not going to attract players.  There’s no reason to give up on Pokémon Go bringing people around if that’s the case.  In fact, the great news is that you can request that your business becomes a PokéStops or a Gym if it wasn’t already designated one inside of the game.  You just have to submit a request to Niantic using their support page where you can upload a picture of your business.

The bottom line when it comes to Pokémon Go is that it’s a game that gets a lot of attention, and the users have to be mobile to take advantage of it since real estate like homes are unable to be PokéStops or Gyms.  Your business can get involved with appealing to the Pokémon playing community without having to spend a dime upfront, and just a little of your time brainstorming marketing ideas or submitting a request.  Now, that’s a pretty good ROI. 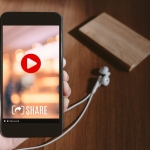 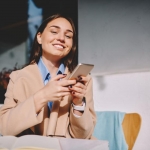