If YouTube is one of your revenue streams, then it only makes sense you want to grow your audience. Growing your YouTube audience is like growing your financial future. YouTube is hot, and the number of videos viewed per second is staggering. The internet allows anyone of any age, gender and language to become the star of their own videos. Many people just jump right in and start posting videos then get a little frustrated when they have trouble growing their audience. Compare it to SEO. If you want traffic, you’ve got to have a strategy for quenching the thirst in an audience. Here are some simple and often overlooked tips to grow your YouTube audience in 2018.

Like anything else, you need to be consistent. The material needs to be consistent in nature, so the audience grows to expect a certain level of humor or professionalism, for example. However, it is vital that you post consistently. Shoot for two to three times per week. You want to try to post at the same times on the same days, so your growing audience knows when they can expect new material from you. Posting on a consistent basis helps your content perform well in the algorithms, which give it a boost in queries. Keep this in mind when you are deciding what type of material you will create and post because you need to be able to streamline the process. Don’t choose a topic where every video will take weeks or months to produce. Save that stuff for special events and chalk it up to sustainable production.


Start Each Video With A Hook

You have to pique viewer’s interest if you want to get the click. One successful strategy is to show something awesome and people will want to see how it’s done. This works a lot on recipes and DIY channels. Even something as simple as a woman’s hairstyle can utilize this technique. Show the end result on the screen and if it looks great other people will want to see how to recreate it. Stories work too. Everyone is hardwired for stories because they want to hear the end. It appeals to their curiosity. Start with a short but intriguing story that leads into the subject matter. There are hundreds of different hooks. Do some research and get creative, appeal to people’s emotions.

This is a great way to promote your channel. Add a video or playlist end screen along with a subscribe button. Don’t forget to ask people to subscribe to your channel at the end of the videos; it’s okay to do that and it works. You must actually point viewers to the subscription button or they may not know what it is. Also, be sure to create a library of your content that will help usher viewers from one video to the next. This will keep them engaged longer if they are enjoying the content and often urges them to subscribe.

Nothing turns viewers off faster than long title screens and opening sequences. Of course, you want to give credit where credit is due. However, this is another opportunity for your creativity to really shine. People are not here to see your opening credits, but they must sit through them to get to the content they want. Keep this in mind and make it as quick and painless as possible, especially if you want them to view multiple videos in a single sitting. It is recommended that the entire opening sequence is five seconds or less. 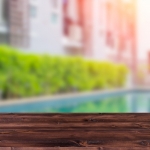 Launch Your Brand Before Your Product 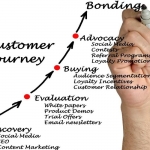