Content marketers rely on their ability create relevant, timely content. And there’s no harm in that. But capturing an audience based on one particular moment in time means that once that time has passed, the content’s usefulness has also passed. You publish one thing, and there’s a one-time payoff.

That means there’s value in creating what is known as “evergreen” content: that which publishers can use whenever wherever (perhaps more than once) without losing its relevance.


It can be a more challenging endeavor compared to the relative ease with which seizing upon a current trend entails. For example, it’s easy to write sports content around the upcoming Super Bowl or World Series. It’s easy to forge material from current trends in immigration policies and the Dow Jones Industrial Average.

But that’s content relevant only in the now, primarily to an audience that’s living in the moment. If you want to produce content that transcends time and particular audiences, there are a few concepts you might want to keep in mind. Here are three simple ones that any content marketer can adopt:

A hall-of-fame coach’s strategies against an opponent in the latest championship game are relevant only now. But historical references are evergreen, such as Ghengis Khan’s approach to attacking when the Mongol empire was in its hey-day or similar points Sun Tzu makes in Art of War without the constraints of a particular time frame.

The same goes for current government policies. You might want to create content around the quotes of current figures in politics because they are sexy now, but if you’re going to have material that lasts beyond the next election, you might focus on what Dwight D. Eisenhower or John F. Kennedy thought about similar issues. You can publish that forever.

If you’re creating content in 2018, the temptation is to focus on 2018 topics. That’s fine, but that content will only be relevant until the end of 2018. If you want to create evergreen content, you must give the current audience the means to apply current context to historically and universally accepted principles.

That means that content creators must frame universally accepted ideas such as “A penny saved is a penny earned” in modern terms. Someone in 2018, for example, might be debating an investment in cryptocurrency but might be unaware of Warren Buffet’s advice to sell when others are buying and buy when others are selling. That’s advice you can publish now and 10 years from now.

For as much new there is in the world, there are things that stay the same. Principles such as the law of supply and demand are constant. If you can produce content based on time-tested truths, you can use that material whenever you please, for as long as you wish.

Focus on the common denominator

Despite a world that seems to be in flux, the human condition has mostly remained the same. That’s to say that basic human needs and wants, throughout history have stayed pretty static.

People want food and shelter. People want jobs that earn a decent wage. People want to be heard. They want their children to have it better than they did. Focus on human needs and wants, which have been the same for thousands of years, and your content will be timeless.

For example, content that compares Amazon’s Alexa to Google’s home or Apple’s HomeKit is useful today, as the focus is on what’s helpful and available for home automation today.  On the other hand, an article about what people have always wanted or needed makes for more timeless content. If you focus more on what people frequently ask and less on whom they’re asking, then the content is relevant even as technology shifts.

A lot has changed since medieval times. What hasn’t changed, mostly, are the common things every human being wants or needs.

Evergreen content should probably be every content marketer’s goal. It’s largely universal, isn’t time-restricted and, perhaps most importantly, is reusable. By following three basic guidelines, just about any content can be evergreen. 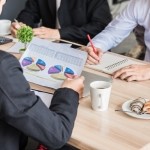 How to Keep Your Customers Coming Back for More 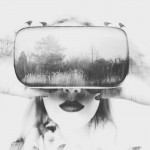