The Twitter platform is a completely different world than other social media platforms, at least when it comes to business. It has the same incredible reach and the same massive potential, but it works differently than other platforms. The Twitter audience expects businesses to follow certain rules on the platform, but they are not always spelled out in black and white. Business marketers who jump right out there without really getting to know their audience or ensuring they understand all the unwritten rules for the platform often make mistakes that ruin their strategy. Here are some novice mistakes you’ll want to avoid in your Twitter marketing plan if success is in your future.

An introduction is important in the digital marketplace just as in person. Many marketing professionals on Twitter decide to use automatic direct messages to try to connect with followers right away. Automatic direct messages, especially in the beginning, should only be an introduction and they should never push a sale. These messages should serve to introduce the company and invite people to respond. Anything more and they will only be an aggravation that gets silenced or blocked.

Building a relationship with customers or potential customers takes dialogue. Dialogue builds relationships, which is the beginning of the conversions process. Nobody likes to get purely promotional messages all the time. When companies or marketing professionals engage in one-way dialogue on Twitter, there is no relationship and thus no conversion. Messages that promote a business and require no interaction or response should be directed to the entire community, and not one persona at a time. Skipping the dialogue and sending one-way promotional messages on Twitter is the equivalent of sending an email that says “hey, buy this.” People will ignore it and find a way to turn it off. Besides, it makes the company look bad.

This kind of goes back to the above point but it bears repeating, even for companies. Twitter is about engagement, which takes two parties. Eighty percent of the information you Tweet should be helpful, entertaining or valuable in some way. Only the other 20 percent should be self-promotional. It is not that you can’t self-promote at all, but you need to do it intelligently and follow the unwritten rules of Twitter if you want to have any success at all.

It’s not bad to have multiple admins because people are on Twitter at all hours. The problem arises when multiple admins respond to the same Tweet, especially with the same response. Get organized and get all admins on the same page. Set up different times or issues each admin should be responsible for so it reflects well on your company. You want to ensure a consistent voice for your brand across all admins.

Reciprocation is the key to building relationships on Twitter. Users expect businesses to follow back and retweet at least a couple of times per day. It is important to respond to mentions and direct messages in a timely fashion because it shows how your business operates. If users on Twitter aren’t made to feel important, they aren’t going to give you their business. Reciprocation on Twitter is the key to building long-term relationships with the audience who hopefully becomes your customers. Besides, if your business isn’t going to reciprocate, maybe Twitter isn’t the right platform for your marketing.

Twitter can reach massive audiences and build key relationships that turn audience members into long-term customers. However, it is crucial that businesses understand how the platform works and what the audience expects before embarking on a marketing strategy. Without this fundamental knowledge, marketers can do a business more harm than good on the platform. 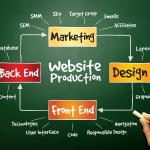 The Power Of A Great User Interface 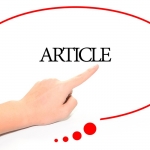 Why You Need To Keep Blogging In 2018