Social media is a powerful tool that companies can use to promote their brand and build their audience. Unfortunately, an improper use of social media can quickly backfire. Even if the rogue tweet or post is deleted, one simple screenshot can make the post go viral. Everything lives forever on the internet and even the simplest of mistakes can carry disastrous consequences. Some brands have made such mistakes and their memories live on in this post. Here are ten examples of companies who made a huge blunder on social media:

1. DiGornio’s Pizza saw that #WhyIStayed was trending on Twitter and quickly posted “#WhyIStayed You had pizza.” Apparently, the company did not know that the hashtag was related to the domestic violence incident with Ray Rice. DiGornio’s quickly deleted the tweet and issued apologies, but their mistake still remains in the internet’s memory.


2. Coca-Cola was promoting #MakeItHappy on Twitter after their wonderful Super Bowl commercial. The company’s goal? To make the internet a happier and safer place for everyone. Coca-Cola set up an automated campaign on Twitter and encouraged users to post negative text with the hashtag #MakeItHappy. The negative text would be turned into a cute ASCII image. Unfortunately, Gawker tricked Coca-Cola into posting Nazi propaganda and quotes from Mein Kampf. The automated campaign was suspended and the tweets were deleted.

3. Home Depot asked “Which drummer is not like the others?” above a picture of a man in a chimp mask and two black men. The company may not have wanted to come across as racist, but many people interpreted as such.

4. Epicurious made two tweets after the Boston bombings in 2013. It was deemed to be rather insensitive by many people and for good reason too.

5. LG tried to make fun of the iPhone in the wake of #BendGate – a controversy when iPhones were bending in the pockets of their users. The only problem was that LG used an iPhone to post it.

6. Delta proved that they have no idea about geography as they falsely believed that giraffes live in Ghana.

7. US Airways, for whatever reason, posted a very inappropriate and NSFW picture on Twitter. Just say that the picture was pornographic and very controversial.

8. New England Patriots were the first NFL team to reach one million Twitter followers. The team set up an automated tweeting campaign which thanked each individual who followed the account. Unfortunately, one of the Twitter accounts was called @IHATEN*****S.

9. Global Village Duluth decided that the perfect way to celebrate Martin Luther King Jr. Day was to offer 25% off all black items. Needless to say, it was deemed as racially insensitive.

10. Spirit Airlines was another brand that tried to market off a tragedy. Their #BareFares campaign made fun of the leaked nude photos of Jennifer Lawrence and other celebrities.

Twitter is one of the best platforms for mass marketing. However, any small mistake on the internet can live on forever. Any small mistake can cause massive blowback to your brand. Be careful what you post, as you’ll have an audience of hundreds or even thousands or millions. 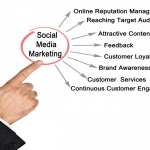 6 Ways to Use the Internet to Promote Your Brand 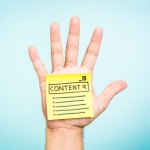